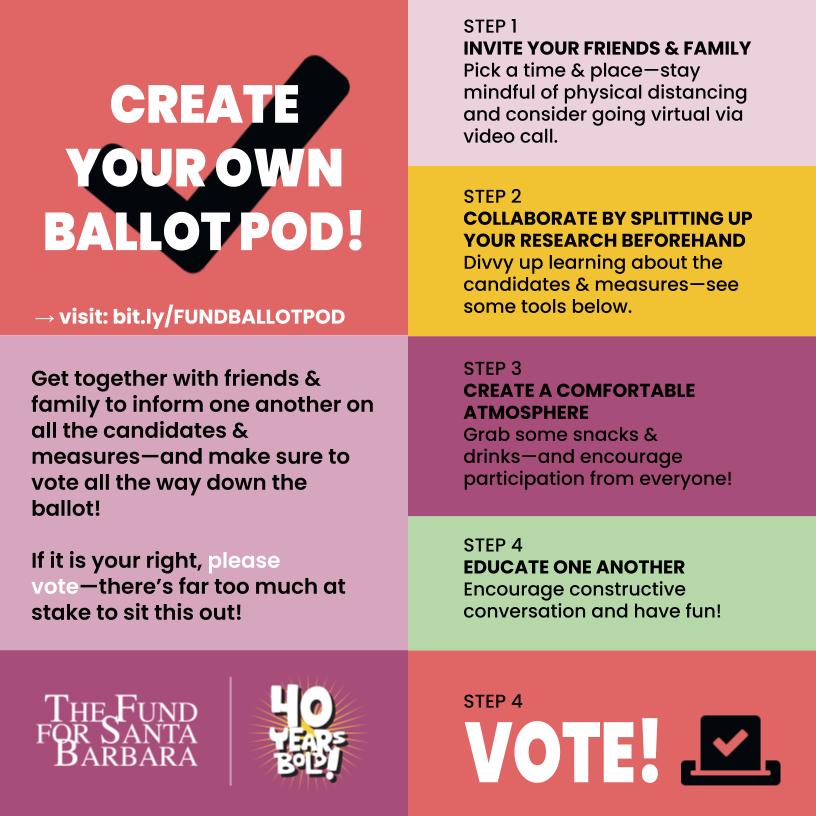 ENDORSEMENTS - VOTE WITH THE FUND! 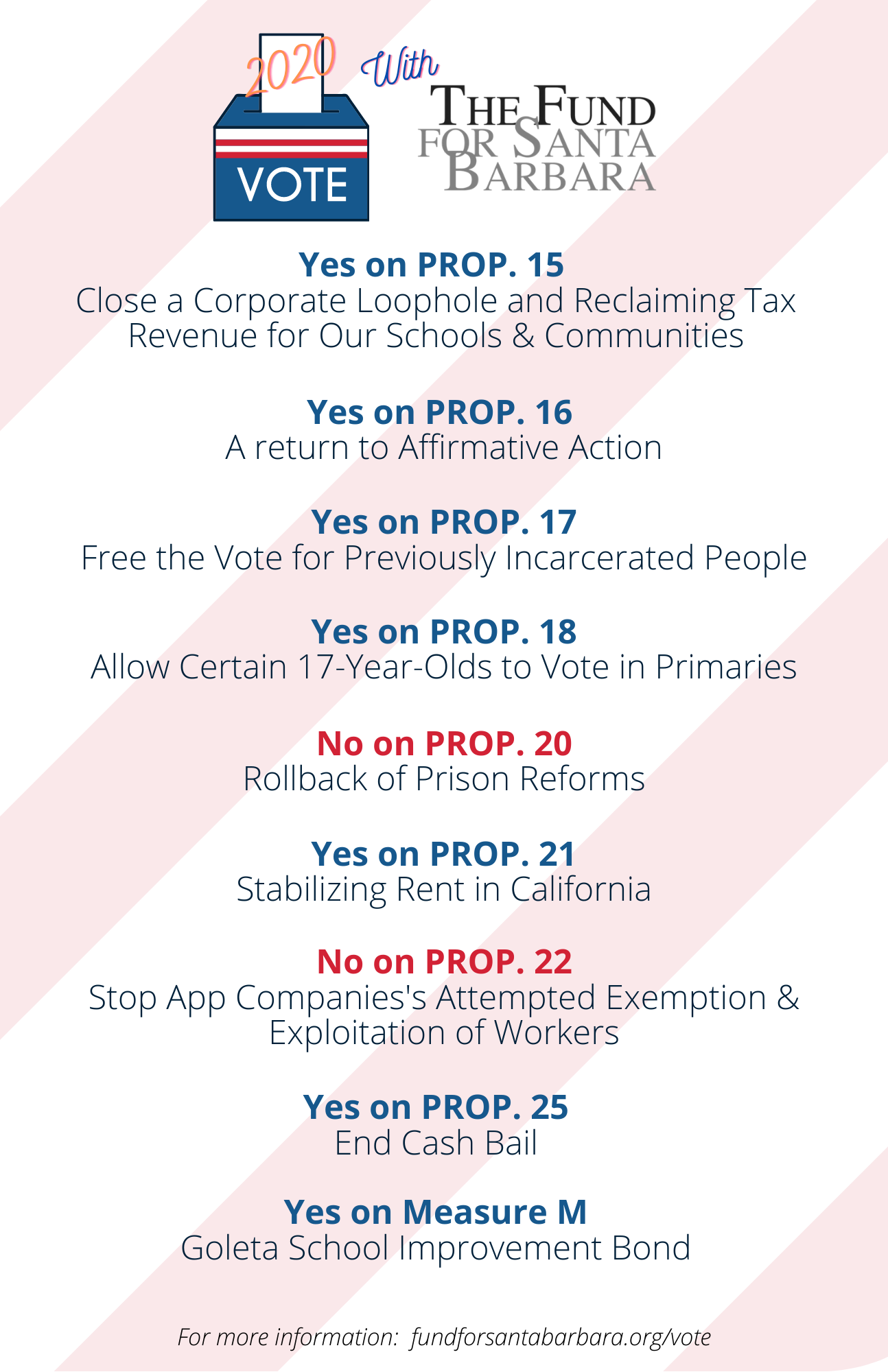 The Schools & Communities First ballot measure seeks to address growing inequality in California by closing an over four decade-long corporate tax loophole that has allowed wealthy commercial and industrial property owners to avoid paying their fair share of taxes. The Fund for Santa Barbara’s Board of Directors has voted to join a growing number of other philanthropic organizations in endorsing this measure because of its historic potential to benefit children, families, and communities across California. Join us to explore how we might engage the broader funding community in Santa Barbara and the Central Coast around this unprecedented campaign.

YES on PROP. 16 - A Return to Affirmative Action

By repealing Prop. 209 (1996), Prop. 16 would allow race, ethnicity, and gender to be considered in awarding government contracts and admissions to the state's colleges and universities. The state's 24-year ban on affirmative action considerations have allowed significant institutional failures to deepen and banned an important tool in addressing deep-seated systemic inequities--this is an important opportunity to fix that policy failure.

While the FUND believes it is vital we end the inherently classist, racist, and exploitative bail bond system currently in place, we have serious concerns about the possibilities of a replacement risk assessment system replicating the structurally-discriminatory patterns of the criminal justice system. Therefore, we ultimately believe that Proposition 25 warrants support and that it is incumbent upon our state to also support the implementation of an alternative system that is rooted in justice and fairness.

The Alliance for Justice Bolder Advocacy Project provides helpful resources and expertise to assist nonprofits and foundations advocate effectively and protect their right to do so. Check out their website and stay tuned for more workshops featuring Bolder Advocacy like the one below.

California Association of Nonprofits' "Vote with Your Mission" initiative provides a number of helpful resources for effective nonprofit voter engagement.

Please contact us if you think we might be helpful in your lobbying and advocacy efforts (805-962-9164 / Stanley@fundforsantabarbara.org) and check out our Resources for Organizers Page in the meantime!

This event is over, but you can access a recording and all attendee resources here: bit.ly/TAKEASTANCERESOURCES

Geoff Green (CEO, SBCC Foundation & Boardmember, CalNonprofits) will set the stage on how our sector can--and should!--fully use our potential in civic engagement. Nona Randois (CA Director, Bolder Advocacy) will inform us with the legal dos and don'ts so we can boldly take a stance! We'll then break out into smaller groups for deeper-dive discussions on:
ABOUT THE FUND & ELECTIONS

ABOUT THE FUND FOR SANTA BARBARA AND ELECTIONS

The Fund for Santa Barbara is a 501(c)3 community foundation which supports local organizing for social, economic, environmental and political change. As such, we cannot endorse candidates or parties, but we can and do weigh in on important electoral and legislative issues. The Fund frequently supports grassroots community organizations who are working on ballot measures. In addition, the Board of Directors of The Fund occasionally votes to endorse positions directly.

The FUND has always been committed to building grassroots political power. Check out our list of recent civic engagement grants and please consider donating to the FUND so we can continue this important work.
Civic Engagement Summary

Stanley Tzankov, Capacity Building Manager, with any questions and comments--or if the FUND might be of assistance in your work. Stanley@fundforsantabarbara.org / 805-962-9164