SUBMIT YOUR EVENT HERE
Please allow us up to 4 business days to approve or modify submissions. Only events that meet our mission will be added. 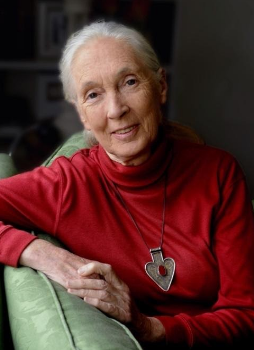 Join UCSB Arts & Lectures as they present Founder of The Jane Goodall Institute and a UN Messenger of Peace, Jane Goodall for Hope Fuels a Better World in Conversation with Catherine Remak, career broadcaster and co-host of Mornings with Gary and Catherine on on Saturday, April 10 at 5:30 p.m. Pacific.

In 1960, 26-year-old Jane Goodall arrived in Tanzania tasked with being the first to formally observe and better understand our closest living relatives in the animal kingdom: wild chimpanzees. Goodall’s subsequent groundbreaking discoveries revealed remarkable truths about chimpanzee behavior and humankind. Now, the eminent primatologist turns her attention to humans with her popular Hopecast podcast, among other projects, revealing why she believes hope is essential fuel for a better world. Goodall shares the importance and power of making space for hope, as it spurs the indomitable human spirit to take action, even in the most grim situations. In light of current global threats – climate crisis and the sixth extinction, rampant cruelty inflicted on humans and animals – Goodall will share her hopes for change and how we all have a role to play, as individuals and as a community.

This conversation with Catherine Remak, career broadcaster and co-host of Mornings with Gary and Catherine, will be followed by a Q&A.

GO BACK TO THE CALENDAR