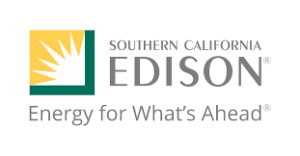 Published in the Green Tech Media

What started as a routine gas plant procurement ended as a testament to the changing electrical grid.

This week, utility Southern California Edison selected a roster of energy storage projects to supply local capacity needs around the coastal city of Oxnard, instead of the 262-megawatt natural-gas peaker plant it had chosen previously.

If regulators give their approval, Strata Solar will build and own a 100-megawatt/400-megawatt-hour system in Oxnard, and dispatch it on behalf of SCE.

This system will tie for largest lithium-ion battery in the world when it comes online in December 2020; the AES Alamitos plant of the same size is due around the same time.

SCE wants to complement the massive battery with a portfolio of smaller units, ranging from 10 to 40 megawatts, scattered around the area. Developers of those smaller include E.ON, Able Grid, Ormat, AltaGas and Enel. Swell, which aggregates fleets of home batteries into grid assets, won a 14-megawatt contract for behind-the-meter demand response.

The unprecedented outcome, in which independent power producer NRG saw its gas plant yanked before the final round of siting approval, marks a victory for local activists who rallied against what they saw as unnecessary fossil fuel infrastructure marring the Southern California coastline, as well as clean energy providers who had to prove they were ready for prime time.

“The big takeaway is the power of community opposition,” said Earthjustice attorney Matt Vespa, who intervened in the case on behalf of the Sierra Club. “Puente was viewed as a done deal. […] It was going to be on the beach, and now we have clean energy investment in that community instead of a gas plant.”

The rapid ascent of storage

The Puente saga tracks the evolution of California grid-planning attitudes in real time.

The story began with SCE’s solicitation in 2013, in which NRG won a contract to replace retiring gas plants in the area.

Capacity planning was simpler then: predict regional reliability needs, build gas plants to meet them. Batteries were growing their share of the frequency regulation market in PJM territory, but they were not competing for longer-duration power plant duties.

That changed over the following years. When the Aliso Canyon gas leak left swaths of Southern California under-resourced for local capacity, the state fast-tracked battery procurements to fill the gap. They got up and running within half a year, swifter than conventional power plant permitting allows, and the grid held firm despite the gas constraint.

By the time NRG sought final siting approval from the California Energy Commission in 2017, storage was taking on a larger role in the state’s grid planning ecosystem. Stakeholders pushed for an evaluation of gas plant alternatives before regulators signed off on Puente.

The grid operator, CAISO, initially determined that energy storage could fulfill the reliability needs, but that it would cost nearly three times as much. That analysis relied on outdated storage pricing data that exaggerated the technology’s costs, GTM reported at the time.

Within months, the commissioners signaled their intent to reject the gas plant and SCE decided to launch a new solicitation to see exactly how competitive storage and other resources had become. This week’s announcement wraps up that process; all that remains is final signoff from regulators.

During this time, California passed SB 100, which commits to a zero-carbon grid by 2045. Obeying that law requires phasing out gas for flexible capacity, with storage a front-runner to replace it.

That process is underway in select locations. Utility PG&E procured a series of huge batteries in November 2018 rather than pay to keep aging gas plants online for reliability purposes south of the San Francisco Bay. Los Angeles committed to phasing out gas powerrather than rebuilding three plants in its territory.

When Oxnard pushed back on Puente, there wasn’t much of a roadmap for how to do it. Now that approach is growing increasingly common.

“We got told so many times that we had to have Puente to keep the lights on,” Vespa said. “Communities all over the country are fighting this type of stuff. Hopefully this can be an example to not give up and keep pushing, no matter what you’re told.”

Test case for other states

Since energy storage resources have finite capacities, they cannot run indefinitely like gas plants with sufficient supply. That requires different sorts of planning to ensure enough power to serve the community during peak or grid-constraint events.

That said, batteries provide operational benefits that gas plants lack, besides operating without local emissions (the greenhouse gas profile of the batteries depends on the mix of grid fuels when the battery charges).

“You need to match a technology to the need,” said Strata VP of Energy Storage Joshua Rogol. “The solution might look a little bit different, but…storage can provide valuable services to the grid when it’s not waiting around for a peak.”

The 20-year resource adequacy contract leaves Strata free to monetize the battery’s energy and ancillary benefits as a participant in the CAISO market, when it isn’t called on to fulfill its obligation to SCE. That in turn helps improve the project economics relative to a system that only operates during peak events.

Strata started out as a solar developer in North Carolina and branched into storage development over the last 18 months. While it may be a newcomer to large-scale storage, its accomplishments on the solar side demonstrate an aptitude for working at scale. The company has installed 1.5 gigawatts of solar, owns 1 gigawatt and operates an O&M portfolio of 2 gigawatts. Its U.S. energy storage pipeline has grown to 3 gigawatt-hours, Rogol said.

California led the early storage market, with a suite of supportive policies and regulatory support. The demand Strata has seen, however, cuts across many states, not to mention regulated and competitive markets, Rogol noted.

“We’ve been keeping a close eye on where there are constraints in the grid, where there’s thermal capacity coming offline, and looking at where the storage technology can solve a problem,” he said. “Our pipeline has increased exponentially in looking at storage replacing traditional generation for capacity.”

Batteries at the once-mindblowing 100-megawatt scale are becoming increasingly commonplace, in utility project announcements if not yet in practice. As sheer scale loses its shock value, displacing gas plants in head-to-head competition could offer a new way to impress.