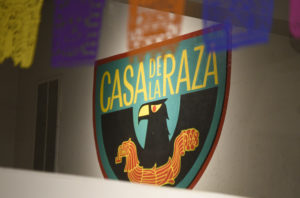 Since 1971, La Casa de la Raza has been serving the Eastside community of Santa Barbara. Not until recently, however, has the center been able to sustain its own radio station. As the result of a $10,000 grant from the Fund for Santa Barbara, plus the efforts of local volunteers, KZAA LP 96.5 FM will now be operating upward of 35 hours per week (that’s from five hours per week no less than a year ago.)

The low-power FM station will focus on marginalized voices, particularly those who are seldom heard from among the Chicano/Latino community, as well as the indigenous population. As part of the new program, KZAA is partnering with Just Communities, a nonprofit working to “ensure that all people are connected, respected, and valued” in the Central Coast region. Broadcasting begins at 6 a.m. on weekdays with the “Phil & Monski Show,” and listeners can tune in throughout the day to hear other programs like “American Airwaves” and “Cruz’n In the 805.”