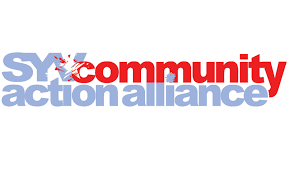 Published in the Noozhawk

A screening of the award-winning documentary Gaviota: The End of Southern California and the short documentary Losing Ground: Gaviota. will be held at 7 p.m. Thursday, June 28, at Standing Sun Winery, 92 Second St., Buellton.

The program is sponsored by the Santa Ynez Valley Community Action Alliance and the Gaviota Coast Conservancy. Doors open at 6 p.m. Food and wine will be available for purchase.

Gaviota: The End of Southern California explores one of the most threatened biodiverse hotspots in the world.

With nearly 90 percent of Southern California’s coast lost to development, the preservation of this 20-mile stretch of coastline is the last bastion of hope for wildlife fighting to survive against a world closing in.

Following the film will be remarks and opportunity to ask questions with guests Gaviota filmmaker Tamlorn Chase and Tautrim, sixth-generation farmer on the Gaviota Coast and Gaviota Coast Conservancy board member.

This screening is part of the Santa Ynez Valley Community Action Alliance’s One Community Project, made possible, in part, through funding from the Santa Barbara Gives! project.

The program is free, but attendees are urged to make a donation of $10 or more to the Gaviota Coast Conservancy to support its work safeguarding the local coastline.