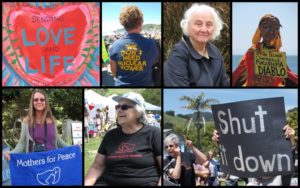 San Luis Obispo Mothers for Peace (MFP) and Women’s Energy Matters (WEM) welcome the unanimous decision by the California Public Utilities Commission (CPUC) on the closure of the Diablo Canyon nuclear plant. In remarks supporting the Decision, CPUCPresident Michael Picker cited the work of MFP and WEM in the proceeding. The two organizations presented testimony and analysis showing that the plant is increasingly uneconomic to operate.

Although PG&E proposes to shut down the two reactors at Diablo Canyon in 2024 and 2025, today’s Decision keeps open the door for an earlier closure date.

The Decision authorizes the Commission to reconsider PG&E’s requested 2024/2025 retirement dates should “facts change in a manner that indicates Diablo Canyon should be retired earlier.” The Decision states that, “Because there is a possibility that Diablo Canyon may cease operations earlier than 2024 and 2025, PG&E should prepare for that contingency.”

MFP attorney Sabrina Venskus reacted to the CPUC Decision by stating,
“The Commission made a well-reasoned and fair decision in this case. We are pleased that the Commission acknowledged that earlier closure of Diablo may be warranted, and has built into its Final Decision the possibility of challenging the continued operation of Diablo well before the anticipated
2024/2025 shutdown.”

Jean Merrigan of Women’s Energy Matters states that,
“When the Joint Proposal was announced, I was underwhelmed by PG&E’s proposal to retire the plant in 2024/25. We set out to show that a much earlier retirement date is not only viable but needed. I’m glad the Commission acknowledged our work and that the Decision allows for the possibility that the plant could close sooner rather than later.”