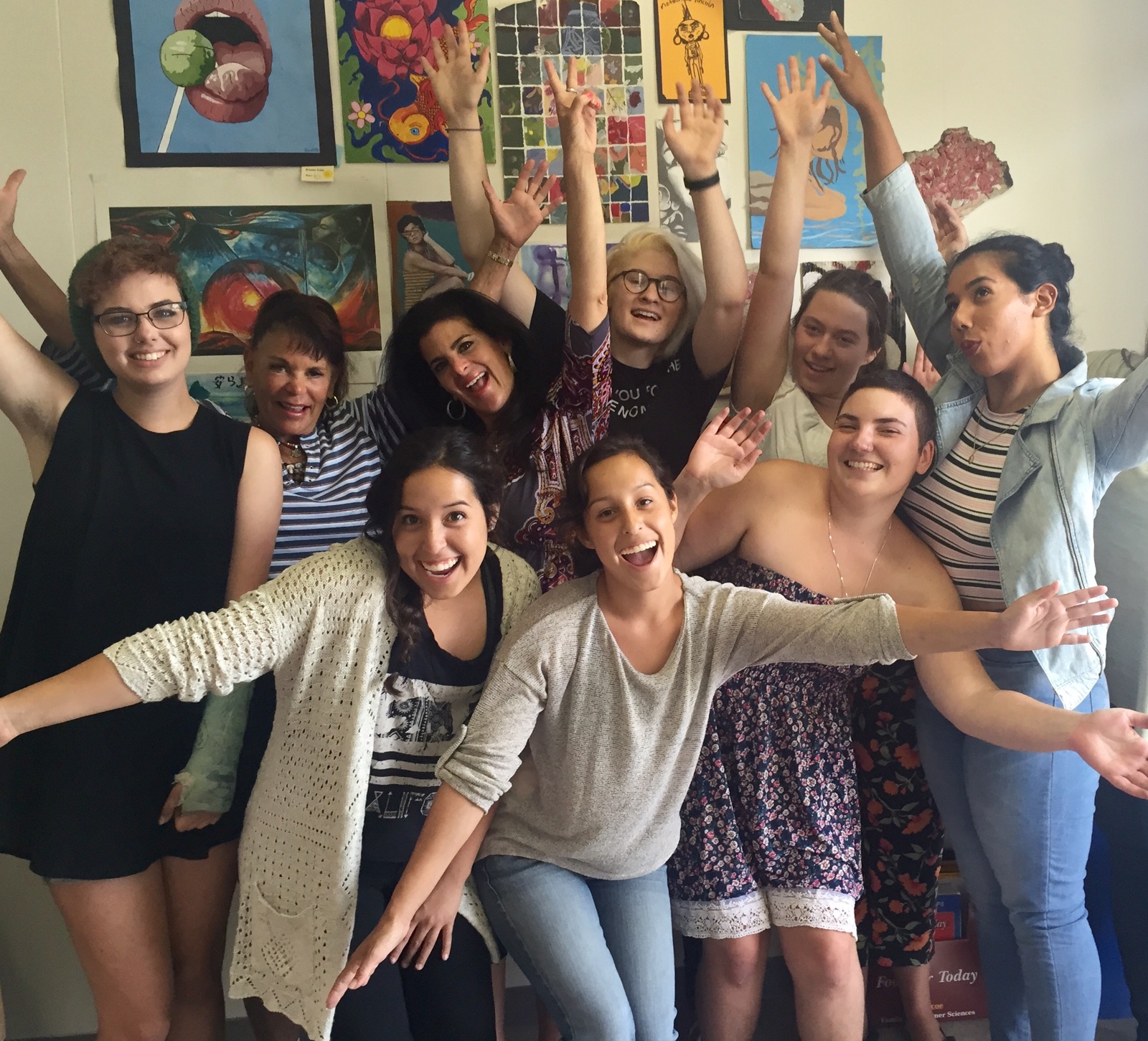 “Never doubt that a small group of thoughtful, committed citizens can change the world; indeed, it’s the only thing that ever has.” – Margaret Mead

By Elena Richardson, The Fund for SB

THE IDEA WAS HATCHED IN SANTA MARIA by student members of the Gay-Straight Alliance (GSA) at Ernest Righetti High School (ERHS). They wanted to make their campus a more compassionate place. LeeAnne Del Rio, their arts teacher and GSA advisor, asked: “If not you, then who?”

The result was an art project that engaged over 400 Santa Maria teens in a creative poster campaign to address the  social problems they face as students, including cyber-bullying, homophobia, racism, gang issues, and sexism. 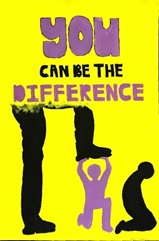 The campaign “got started because the leading cause of teenage suicide is bullying,” recalled Del Rio. “Rather than simply letting it continue on our school campuses or in our community, the students wanted to make visual reminders of the harms of bullying and the power unleashed when we stand up for others who are being bullied.” According to Del Rio, the goal of the project is to “remind teens that bullying makes you appear weak and insecure. Also, words have a powerful impact on others. We need to choose our words wisely, kindly, and thoughtfully, or else you could be the straw that breaks another’s will to live.” 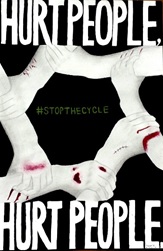 Last year, the Fund for Santa Barbara, a community foundation funding “Change, not Charity” in Santa Barbara County, awarded seed funding to support the students with their social change art project. Ernest Righetti High School serves a racially and culturally diverse population of 2,000 students in Santa Maria, a quarter of whom are English language learners. Nearly half the school’s students qualify for free or reduced lunch.

Lauren Brose, student president of the GSA when the project began, was astonished to see how many of the posters produced were LGBTQ-centered. “Nearly a quarter of the 400 posters had LGBTQ themes,” she noted. “It was inspiring to see so many youth who identify [as LGBTQ] engaging with their allies.” 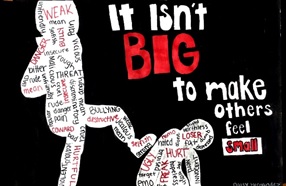 Another student, Megan White, agreed, remarking that many students who participated were moved by their peers’ struggles. “Honestly, I was surprised so many people were aﬀected. The maturity of the students and their courage to educate each other blew me away,” White related.

Anaya Navarro participated in the project in her senior year. “It was really cool to see everyone get involved in it,” Navarro explained. “I expected at least a little teasing, but everyone was being super supportive of one another.” Navarro, who is now majoring in studio art at Cal State Los Angeles, also gave credit to her teacher: “This project never would have happened without Del Rio’s support,” Navarro said. “She’s been such a mentor to me and so many others.” “The project gave shyer, quieter students a visual  means to make their voices heard,” Del Rio added. “I think the project helped the students to see how insecure bullies actually are and to recognize their own ability to tap their inner strength.” 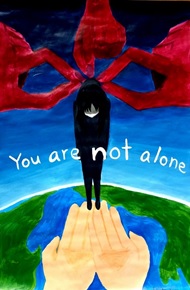 Students are asking local businesses to display a student poster in order to show support for their community’s students and their eﬀorts to address youth challenges. They are hoping businesses and individuals will make a $5 donation to cover the cost of printing and help spread word.