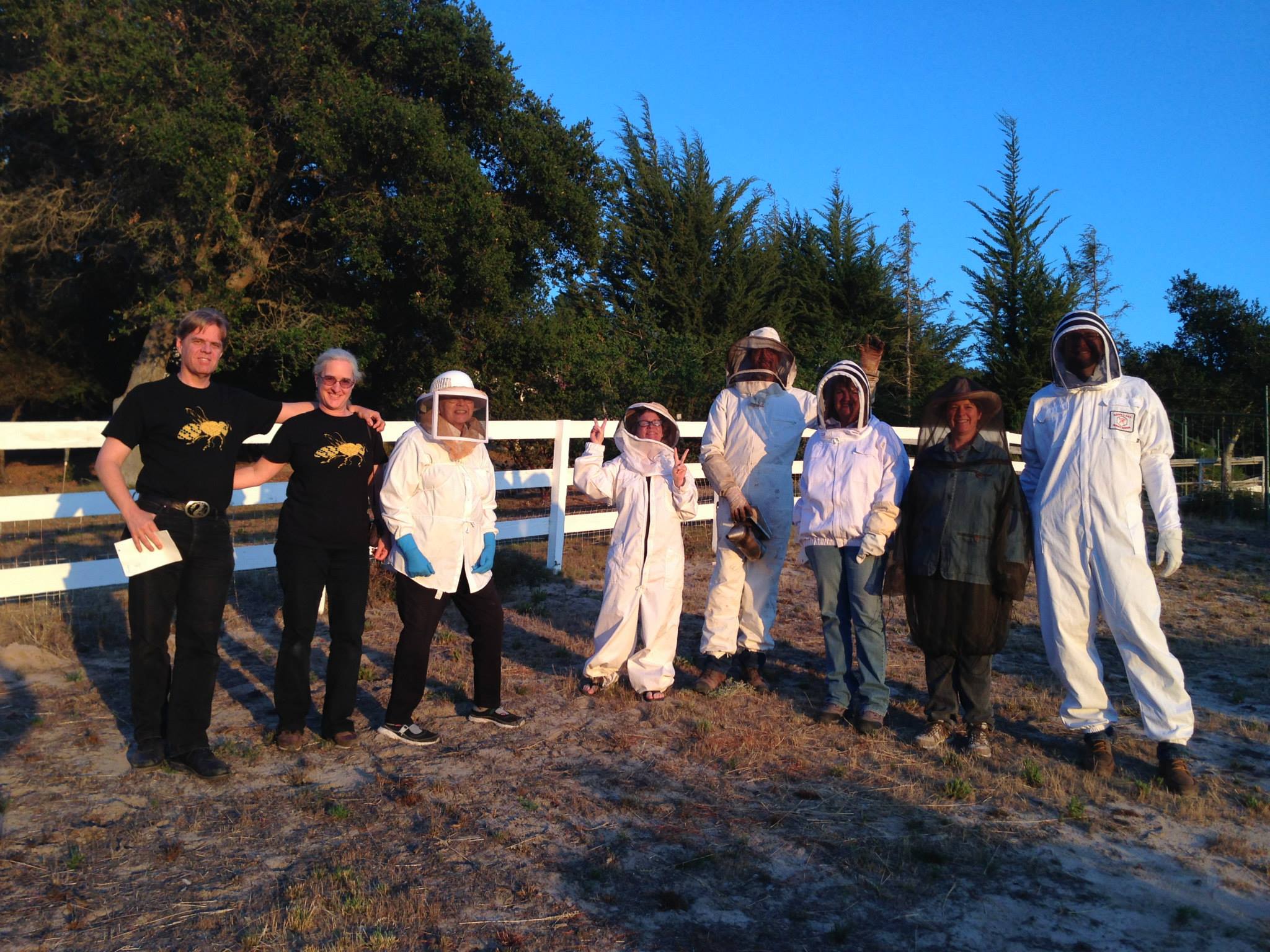 “If the bee disappeared off the face of the earth, man would only have four years left to live.” ― Maurice Maeterlinck, The Life of the Bee

Last year Santa Barbara County’s largest industry, agriculture, surpassed the one billion dollar benchmark for the tenth year in a row. During the same time period, the honeybee population, pollinator of over two thirds of our food supply, experienced its second highest loss recorded to date. In a survey conducted by the Bee Informed Partnership and funded by the National Institute of Food and Agriculture, the last year saw 42.1% of the total number of colonies lost. Jim Rice from the Lompoc Valley Beekeepers Association said that each time he performs a hive rescue in the community, “it’s an opportunity to educate people about the importance of bees to our food supply”—an effort that is “especially important in an agricultural community like Lompoc.” In 2014, the FUND for Santa Barbara, a community foundation supporting environmental justice work, awarded seed funding to the Lompoc Valley Beekeepers Association (LVBA).

According to Kate Griffith, volunteer Treasurer and Secretary for LVBA, the group got its start in June 2013 when a group of hobbyists met at a class on beekeeping taught by Archie Mitchell at Allan Hancock College. The group has been having monthly meetings ever since. “Archie was the glue that got us together,” said Kate.  “Once we developed camaraderie, everyone was excited to share what was going on with their hives”—and in their diverse lives.  Kate notes that the current membership of LVBA includes “carpenters, a landscape architect, a wine maker, health care professionals,” and a host of other citizen beekeepers. 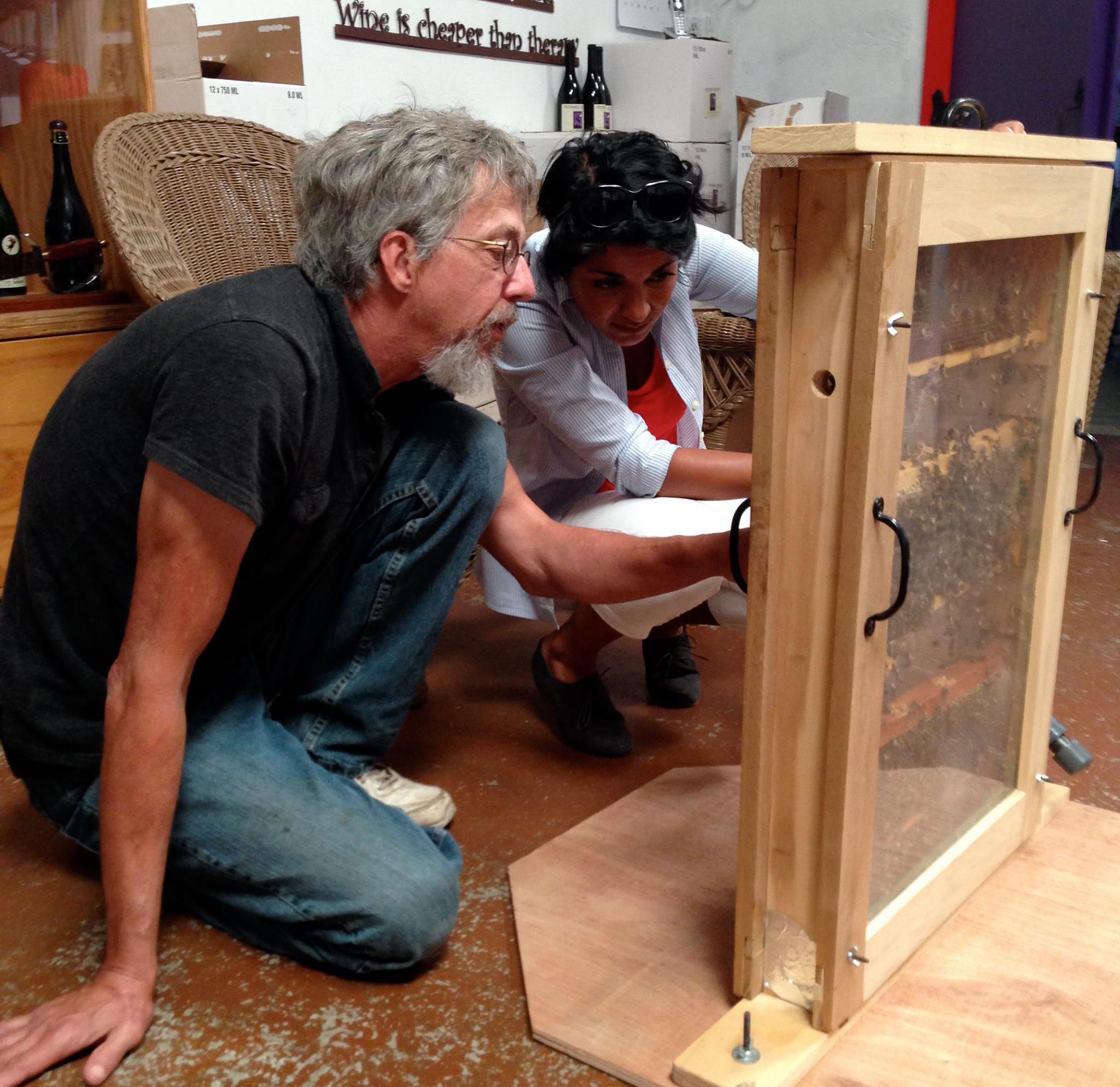 Jim Rice and Elena Richardson looking at a demonstration hive. “Each time I perform a hive rescue in the community, it’s an opportunity to educate people about the importance of bees to our food supply,” said Jim.

When asked about the causes of the declining honeybee population, LVBA members pointed to three: the drought, varroa mites, and most alarming: “neo-nics”.

Neo-nics (neonicotinoids) are systemic pesticides which act on certain kinds of synaptic receptors, impacting a plant throughout its entire system including its nectar and pollen. The Environmental Protection Agency (EPA) recently named one type of neonicotinoid a “threat to rapidly declining honeybee populations.” This pesticide—imidacloprid by name and produced by Bayer—is the most commonly used insect poison. When most gardeners use it, says Kate, they are “innocently ignorant.   They just want their roses to look better. What they don’t know is that they’re also killing bees. One of the most common messages I deliver is: find more organic ways.”

The largest users of imidacloprid are farmers. According to Santa Barbara County’s most recent pesticide use report, approximately 7,700 pounds of imidacloprid were used on some 32,000 acres of broccoli in 2013. Also, wine grapes used approximately 5,000 pounds of the insecticide over 11,000 acres. (While strawberries remain Santa Barbara County’s top crop, broccoli and wine grapes rank second and third.)

Earlier this year, the U.S. Fish and Wildlife Service’s National Wildlife Refuge System, which manages 150 million acres across the country, banned the use of neonicotinoids, because of the “growing number of scientific studies that have shown the harm caused to bees, birds, mammals, and fish.” The State of Oregon enacted a similar ban early last year. The rule, enacted at the request of the Oregon Department of Agriculture, makes it illegal to spray several types of neonicotinoids, including imidacloprid, as it is a “major contributor to the collapse of bee colonies around the world.” 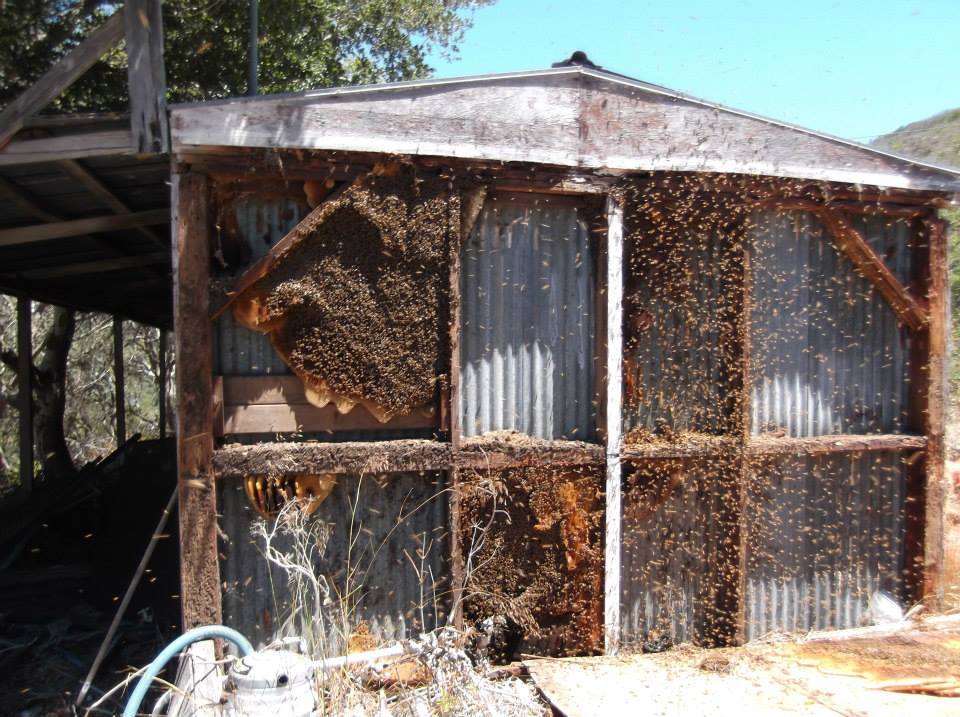 A hive removal in La Salle Canyon. LVBA does its work through community education, swarm removals, hive rescues, and mentorship.

Citizen beekeepers like those of the LVBA could be an important part of the solution, but it will require cities to re-think their ordinances banning urban beekeeping.  Kate, a former planning commissioner, shared her hopes that LVBA can advocate to change a city ordinance in Lompoc which states that bees cannot be kept within 600 feet of a residence, effectively eliminating hobbyist beekeepers’ efforts to raise bees within the city. Given the agricultural surroundings, LVBA notes, bees are safer from aerial spraying within the city’s limits. Many large municipalities are changing their ordinances to allow beekeeping within city limits. Los Angeles has recently made changes and neighboring Santa Maria allows up to four bee boxes on a residential property, “the City of Lompoc needs to understand the need for urban beekeeping,” said Kate. The beekeepers’ work continues.

A hive removal in La Salle Canyon. LVBA does its work through community education, swarm removals, hive rescues, and mentorship.