Home / Grantee Spotlight / Alternatives to Violence: Conflict is a part of daily life, but anger doesn’t have to be.

This year, California is expected to spend over $62,000 on each prison inmate compared to only $9,200 per student. According to the California Budget Project, over the past two decades California spending per prisoner has increased nearly three times faster than spending per K-12 student.

By prioritizing incarceration over education, youth are pushed out of classrooms and into juvenile and criminal justice systems, otherwise known as the “school to prison pipeline”.

Alternatives to Violence Project (AVP) is a grassroots non-profit offering three-day workshops that teach critical life skills to youth and adults within the criminal justice system to disrupt this pipeline. AVP partners with organizations that have existing relationships with youth, including:  the Santa Barbara Juvenile Probation Department, Palabra, Conflict Solutions Center, and Y-Strive.

Last year, the Fund for Santa Barbara awarded AVP a general support grant for continuation of their work.

AVP workshops are led by diverse teams, including members of all races, youth, and people who are formerly incarcerated. “This adds credibility for the youth participants, empowerment for the facilitators, and keeps our work sustainable”, notes Pat Hardy, Co-Founder of AVP California and coordinator for the local chapter.

While AVP was originally founded in 1975 to serve prisoners (AVP has a waiting list in every prison in the state; they currently have trained facilitators in 21 state prisons), AVP has evolved its program to adapt to a variety of settings, including community rebuilding in the massacres in Rwanda and correctional officers in the system. In a Northern Philadelphia School, Memphis Street Academy, AVP’s conflict resolution strategies resulted in a 90 percent reduction in the serious incidents involving ‘use of force’ on campus. AVP, when tailored to youth, emphasizes youth empowerment, relationship building, and anger management. 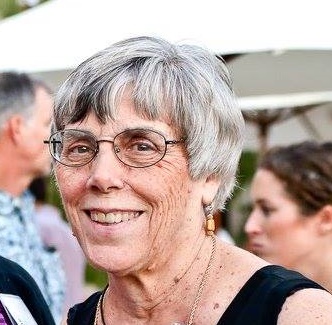 “AVP is in the right place at the right time”, says Hardy. “We break down racism in the prison in every workshop and we build trust through our workshops in the community”.

One participant shared, “Through the program I learned communication with my family and friends that I never thought existed….I learned trust again.”

Last year, AVP worked with nearly one hundred community members in Santa Barbara, including formerly incarcerated youth and adults, youth on probation and their family members, and people who aren’t connected with the criminal justice system. “We create a space where all community members feel welcome, are educated, and have a better understanding of different life experiences”, says Hardy. She adds “this also de-stigmatizes people who are exiting the criminal justice system”.

Hardy shares that AVP graduates have been able to transform their confidence and skills into creating real social change within their community. “I see graduates speaking out and advocating for increased school funding, criminal justice reform, and educating their community to take action on issues that matter to them”. When asked to summarize the experience, Hardy says “AVP creates possibilities, opens doors, and it’s an awful lot of fun!”

To participate in a workshop, volunteer, become a trained facilitator or learn more, please visit: www.avpcalifornia.org or email Pat Hardy at avppat@gmail.com or call 1(800)905-6765 ext 2