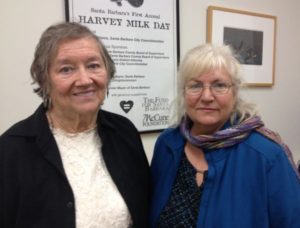 “Sharon Rose, Executive Director of the Mobile Homeowners Project (MHP), moved to Santa Barbara in 2005 and worked for the County’s Public Health Department. She hoped to buy a condo, but after discovering the city’s steep housing costs, she realized ‘what a joke that was,’ and instead invested in a mobile home park in Old Town Goleta.
Soon after moving to her new home, Ms. Rose started hearing about the threat of ‘condo conversions’ in a neighboring park in Goleta, Rancho Mobile Home Estates.”
Casa Magazine – Friday, December 12, 2015